BASIC INFO: Dubrovnik is a Croatian city on the Adriatic Sea, in the region of Dalmatia.

The town’s name is derived from dubrava, which means “oak grove”. Dub means “oak” in Croatian.
The historical Latin and Dalmatian name of Dubrovnik is Ragusa or Ragusium in older form.

Its total population is around 42000.The official language is Croatian.
It is one of the most prominent tourist destinations in the Mediterranean Sea, a seaport and the centre of Dubrovnik-Neretva Country.
Dubrovnik has an international airport of its own. It is located approximately 20 km southeast of Dubrovnik city centre. Buses connect the airport with the Dubrovnik old main bus station in Gruz. In addition, a network of modern, local buses connects all Dubrovnik neighbourhoods running frequently from dawn to midnight.

The annual Dubrovnik Summer Festival is a 45-day-long cultural event with live plays, concerts, and games.

The base currency is the kuna.

CLIMATE: Dubrovnik has a borderline humid subtropical (Cfa) and Mediterranean climate (Csa), since only one summer month has less than 40 millimetres (1.57 in) of rainfall, preventing it from being classified as solely humid subtropical or Mediterranean. It has hot, moderately dry summers and mild, wet winters. The Bura wind blows cold gusts down the Adriatic coast between October and April, and thundery conditions are common all the year round, even in summer, when they interrupt the warm, sunny days.

DID YOU KNOW?
The HBO series Game of Thrones used Dubrovnik as a filming location, representing the cities of King’s Landing and Qarth. Locations used in filming include Arboretum Trseno, St. Dominic Street, Lokrum Island, The Knežev dvor and Sponza palaces, Lovrijenac, and Fort Bokar and the Minčeta tower.

Parts of Star Wars: Episode VIII were filmed in Dubrovnik in March 2016. Dubrovnik was one of the European sites used in the Bollywood movie Fan starring Shah Rukh Khan. 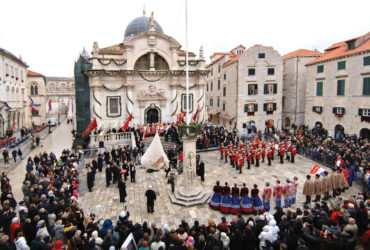 Festival of St. Blaise in Dubrovnik

0
St. Blaise is Dubrovnik’s patron saint. This festival, dedicated to him, occurs every year on February 3rd. Ceremonies and celebrations ...
View more 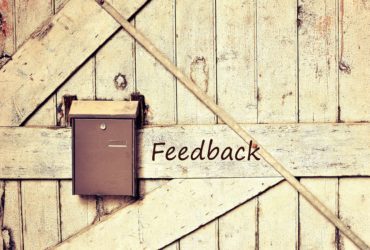 Your feedback is always welcome!

0
Thanks for leaving a comment, we appreciate your feedback.
View more 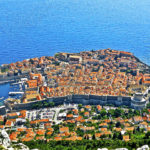 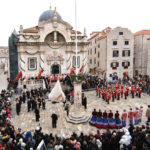 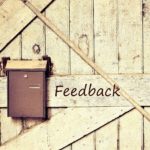